In 1871, a clock design was granted a patent with Patent No. 4986 in the United States. The picture is one of the clocks.
Design patented clocks were imported to Japan, and one of them has been used in my house for about 150 years. 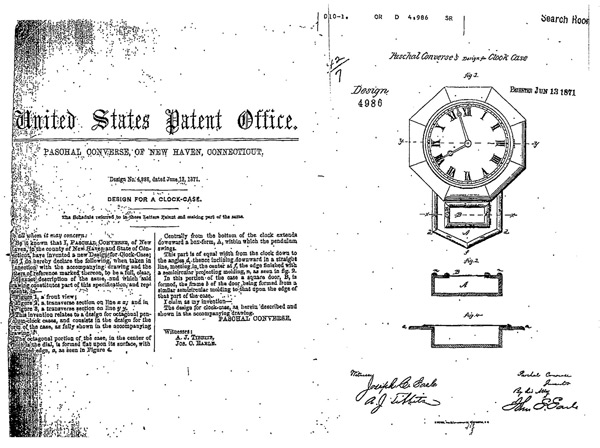 The founder Yasunobu Yamauchi, as a junior high school student, found the printed words "Patented June. 13, 1871" as he opened the door to the inside of the clock where the pendulum was hanged. This event made him start getting interested in the meaning of "Patent" and its roles.

After serving for Japanese Army, which is also referred to as the Japan Ground Self-Defense Force, and working for a machinery manufacturer, the founder Yasunobu Yamauchi was registered and started his career as a patent attorney at the age of 34. After that, he worked at a leading patent firm for 6 years, and in 1990, established YAMAUCHI Patent Attorneys.

In these 30 years after the establishment of our firm, Yasunobu Yamauchi’s daughter Shoko and son Shin have joined to manage the firm as patent attorneys, and we have also welcomed further skilled members, patent attorney Yoshihiro Akamatsu and patent attorney Kazutoshi Hara. Today, we have a team of five patent attorneys working on patent and trademark applications in Japan and abroad.